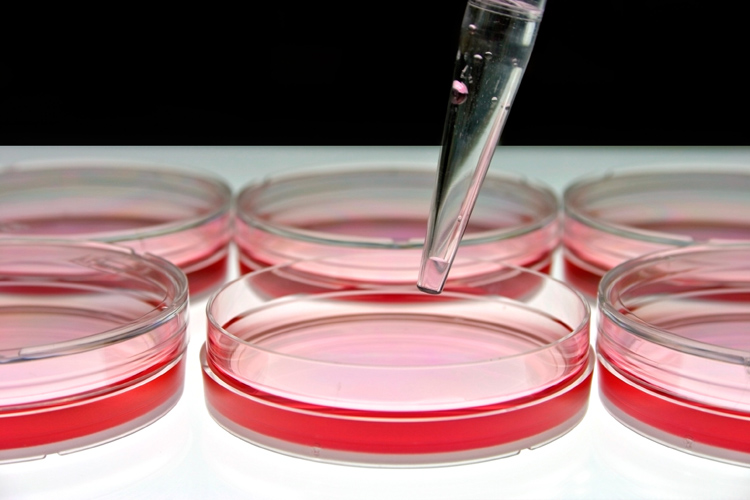 TORONTO: As a member of the fourth largest health care professional group, a practicing medical laboratory technologist (MLT) for over 20 years and presently with the Hematology lab at Sunnybrook Hospital in Toronto, Sumedha Kulkarni’s area of expertise is one that has earned enviable distinctions over the years. MLTs are at the forefront of the diagnostic and treatment process – according to a Globe and Mail report in July 2015, in Canada alone, close to 440 million medical tests are generated a year that are conducted by MLT’s; and it was one of the first health care sectors to benefit from the technology of automation.

Stated simply, every diagnostic and treatment process begins with a blood test!

These daunting statistics, as Sumedha recounted it from her home in the Victoria Park neighborhood, were of little significance to her when she took the first step in this field of lab sciences in India and followed through on a lifelong fascination with laboratory work. What was clear was that two disciplines would come together for her to ignite the spark – Biology and Chemistry. At Bombay’s Ruparel College she studied the founding blocks of life and the human body and then studied Microbiology & Biochemistry at the reputed Sophia College. It got her a BSc in Sciences. There was another reason the program at Sophia was special to her – it brought her into Bombay’s cosmopolitan downtown core from the outer reaches of the metropolis, the world-apart suburbs where she lived with her parents and a younger brother.

“Most of all, I was intrigued by the biochemistry part of it.” Sumedha says of the course. “Applying to the biology knowledge which is one of the founding blocks of science, the chemistry or the chemical reactions that occur in a human body. I saw it as an accessory to the field of medicine where lab results can go a long way to help patients.” Hearing her tell it might explain the appeal running diagnostic tests on blood samples holds for science minded people! India provided a solid professional grounding even before she set foot in Canada – 1 year at SIES College affiliated with the Sion Hospital and 5 years at Bandra Bhabha Hospital. The formative experience upon arriving in Canada was a back-to basics MLT Course at Michener Institute in downtown Toronto, a program that she chose to take on, the rigorous 3 year course work over refresher courses, so she could continue the profession. ” It was an adjustment but in the long run it was beneficial when you look 20 years down the road. What was particularly relevant for me was the learning of interpersonal skills and English language fluency, and the automation part of the course.”

The ‘automation’ Sumedha speaks of is what is what facilitates the entire process – it starts right from when a blood sample is received in the lab to its testing and generating results in the computer system. Back in the day, testing began as a manual process with a simple test menu but automation is an integral part of laboratory science today propelled by a variety of instrumentation that supports the modern healthcare center.

In fact, beginning in the late 50s, clinical chemistry and hematology were among the first to receive instrument-level automation including for the pre- and post-analytic portions of the laboratory work flow at processing steps like centrifugation, de-capping, and aliquoting to prepare the sample for testing. In the 70s and 80s automation arrived within laboratory information management systems – the LIS/LIMS information systems.

Sumedha draws an important distinction between levels of automation in India and Canada, prevalent terminologies and what the manual testing experience did for her, “In India, technician is a general term used for Lab professional. We had no distinction between medical lab technologists and lab assistants – its one and the same with blood collection as part of job profile along with testing and resulting. The basic knowledge from India did help – the basics of testing that I learned manually, its best learned in India. I was able to apply it to automation in North America.”

The North American exposure to automation she speaks of first happened at a six month internship at Scarborough General Hospital. “It was a great experience to see the lab with its the automation, but having studied it here I knew what to expect, I was not intimidated by it.”

While employed at SGH following the internship, it was felt necessary to work outside the lab environment as well and maintain an interaction with patients. This was achieved by filling in part-time as MLT at Sunnybrook’s Holland Orthopedic & Arthritic Centre, the largest volume arthroplasty centre in Canada. “I was also doing blood collection – a unique combination not carried out by a lot of MLTs. I preferred to do it for the interaction with the patients.”

Clinical chemistry within medical sciences falls into categories such as biochemistry, microbiology, transfusion science, cytology, clinical genetics, histology, and hematology – Sumedha’s broad area of specialization. This line of work started in 1999 at Women’s College Hospital as a MLT and an acting senior MLT for a few years in Routine Hematology.

In 2012 she continued in Routine Hematology at Sunnybrook then moved to specialty testing in the coagulation department of the hematology lab. Coagulation is a complex process where blood changes from a liquid state to a gel like clot. This is where blood testing is done to better understand bleeding disorders like hemophilia A, hemophilia B, or the Von Willebrand disease. Hemophilia A, or classic hemophilia, is believed to be a genetic disorder caused by low or defective factor VIII, a clotting protein. Although it is passed down from parents to children, about 1/3 of cases are caused by a spontaneous mutation, a change in a gene, or sometimes as a reaction to certain medications.

Platelets play a major role in helping blood to form a clot which is essential to stop bleeding at the injury site. As to what constitutes ‘speciality testing, some of the analysers in the Coagulation lab are aggregometers, clot based or chromogenic based instruments.

Testing at Sunnybrook is also more challenging due to its complex patient population, being one of the largest trauma centre in Canada.

The lab work in hematology labs such as the one at Sunnybrook provide invaluable data to support research for the development of clinical trials using a new generation of medications. Over 200 scientists and clinician-scientists carry out more than $100 million worth of breakthrough research each year. Presently, Warfarin, Coumadin are common anti-coagulants but the research is ongoing to improve upon the treatment and medications like desmopressin acetate [DDAVP], antifibrinolytics to control post-op bleeding. The real challenge is that while lab services in Canada are only about 10% of overall hospital budget it is being increasingly recognized that medical laboratories constitute one of the most costly parts of the health care system and are under constant threat of budgetary cuts.

None of this diminishes the everyday rewards of lab work. “Each patient is different. Every result is different”, Sumedha says. By her own estimation she has done blood tests on over 1,000 patients and each one is a different result. “This job requires constant adaptability, to work with change. New knowledge, new tests in automation are being added all the time to keep up with new drugs – especially DTI (Direct Thrombin Inhibitors) and new class of medications. We have to see what effect it has on the blood clotting process. A new drug inevitably means new tests and possibly new technologies.” 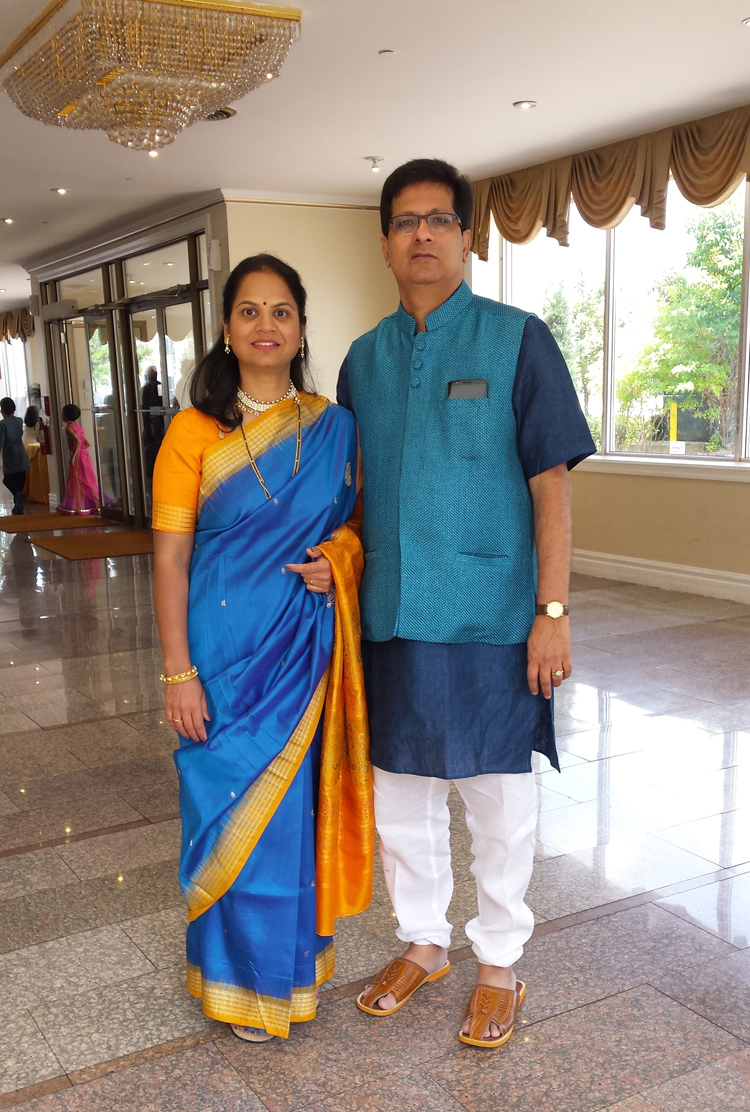 Around the time we spoke with Sumedha, she and her husband Vinit were occupied with their annual Ganesh puja or ceremony on the occasion of Ganesh Chaturti one the most auspicious deities and widely practiced religious ceremonies among the Indian community. Dressed in traditional Indian clothing, and carrying plates of ceremonial foods and lamps, they ushered in a seemingly endless stream of guests and visitors in through the wide open doors, past the prayer area and spilling into the sun drenched balcony terrace overlooking the buildings common patio ground. It’s a family tradition since the past several years that usually lasts for 5 to 7 days. Every day close to 50 people, adults and children congregate at their house for prayers and chanting (aided by distributed printed sheets of the hymns and verses) following which everyone is invited to fill their plates with specially prepared foods that miraculously never seems to run out.

It’s tempting to draw a contrast between Sumedha’s science minded career and faith based practices but there’s a single-minded fastidiousness that applies to both. Sumedha however has a different take on it. “Faith has a counter effect to everything else, it puts things into perspective. Even though the science part of my life is evidence based, not everything is science, not everything can be explained. Besides, the faith based traditions carried out every year in the same way bring a sense of togetherness with community and a sense of stability that can be reassuring compared to the constant change one encounters in science, where so much is happening.”

A medical laboratory technologist (MLT) is a regulated health professional in Ontario. Each lab test result that goes out signifies a singular, personal MLTs repsonsibility and accountability and can be taken on only by someone holding a valid license. “It’s not for everyone,’’ Sumedha says, “it’s a calling, and people are known to have changed their field after a few years. It’s a rewarding profession as you are helping patients, but its very demanding – there’s no room for mistakes.’’