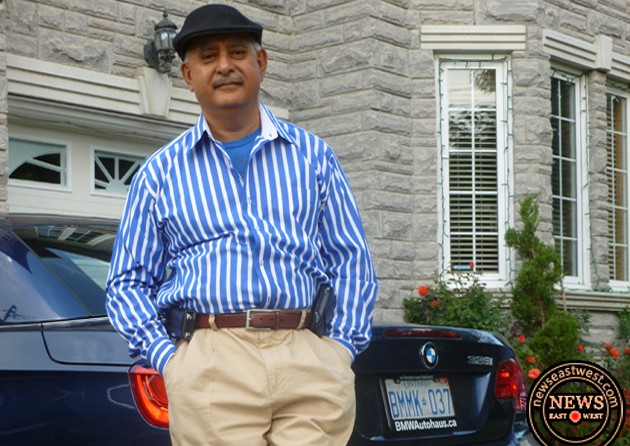 TORONTO: Dr Birinder Singh Ahluwalia, who came to Canada at the age of 26, has a success formula for every immigrant. He says people should `tether down’ and `focus.’

In a country where highly qualified immigrant doctors are often forced to drive cabs to survive, this doctor from Amritsar has successfully created a world-class medical business with few peers. In his Scarborough centre

His BSA Diagnostic Medical Imaging Centre, with three outlets in the Greater Toronto Area, perhaps treats more patients than other other medical centre across Canada.

“Barring some full-fledged hospitals, we serve more patients than any other centre in Canada. We have treated up to 62,000 people a year and done up to 300,000 procedures. Which is a record for a privately run centre. Now, I haven’t heard any centre in Canada doing 60,000 cases. Yes, hospitals do,’’ Ahluwalia points out as he takes you around one of his clinics in the Toronto suburb of Scarborough.

“This clinic centre alone is worth 15 clinics…it’s that big. You get the very best (treatment) when you come here. We have state-of-the-art equipment and highly qualified doctors,’’ he beams.

Indeed, try talking to any of his patients, and they gush about his care and treatment.

“When other clinics buy equipment that is worth $40,000, we buy the very best which could be worth over $150,000. And when the government is cutting investment in the health sector, we are investing in our clinics,’’ explains the suave doctor. Ask him about the secret of his success in a country where thousands of immigrant doctors fall by the wayside, and the above-mentioned words `tethering down’ and `focus’ start rolling off his tongue.

“You know, every immigrant can succeed. It is all about tethering down – by which I mean deciding promptly what your priorities are. And then having a total focus on your goal.  Moreover, you should love doing what you do,’’ he emphasizes. Ahluwalia seen with family and friends at a Xmas party

According to him , most immigrant doctors come to Canada a little late in age. “It is difficult to succeed when you come here at the age of 40. You have a family to support and then there is no time to upgrade your skills.’’

But Ahluwalia was just 26 when he landed in Canada in 1986 after finishing his MBBS from Amritsar. However, like every immigrant,  he too started at the bottom. “My first job was that of a courier for a tax company and my role was to coordinate documents from there different offices,’’ he says.

He recalls his first pay cheque of $365. “Like a true Punjabi, we went out and ordered a big dinner,’’ he laughs. But that job lasted only 15 days as he was feverishly applying to get into his profession.
“I joined the Toronto General Hospital as an associate to its director, Dr Roger Stronell. He saw my resume and said: If you are as good as your resume says, you will be in my chair in 15 days. And within 15 days I was in his chair – basically doing what he was doing.’’

After getting a thorough training in diagnostic imaging, Ahluwalia started the BSA Diagnostic Imaging Centre in 1989 on a very small scale. And there has been no looking back since then. His small clinic has grown into four full-fledged diagnostic centres today. Getting in the mood for the doctor’s party

“Diagnostic Imaging was a fast evolving speciality at the time with significant advances in technology and I was at the right place at the right time to get trained in the speciality I enjoyed very much,’’ says Ahluwalia whose father, Dr Balbir Singh Ahluwalia, once served as head of forensic medicine at the Amritsar Medical College.

Twice, he goes to Amritsar to meet his mother and the family. “I am deeply attached to Amritsar and our culture,’’ he says.
Probably, that’s the reason why even his European wife Diana has one of the largest collections of Indian films. “My wife and daughters just love family dramas that Bollywood films are,’’ says the doctor who is known for his lavish Christmas parties. (Courtesy newseastwest.com)