TORONTO: Soniya Sharma, a student from Richmond Hill, Ontario, and Dr. Amol Verma a Resident of Oakville, Ontario are recipients of The Awards for Young Leaders. 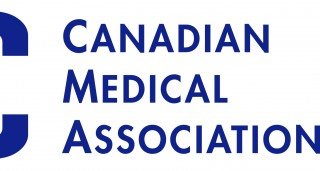 TORONTO: Soniya Sharma, a student from Richmond Hill, Ontario, and Dr. Amol Verma a Resident of Oakville, Ontario are recipients of The Awards for Young Leaders.

Soniya Sharma was elected to the executive council of the Aesculapian Society and represented Queen’s University at the Canadian Federation of Medical Students and the Ontario Medical Students Association. She chaired OMSA committees on duty hours and student wellness that led to the creation of a provincial wellness committee, as well as local and provincial wellness retreats. She was elected chair of OMSA in 2014 and has led constitutional reform for the organization. Ms. Sharma is currently pursuing a residency in anesthesia at the University of Toronto. Amol Verma was the co-principal investigator of the General Medicine Inpatient (Gemini) registry that is now piloted at six Toronto hospitals. Health professionals believe it has potential to substantially improve quality of care and health policy across Canada.

Dr. Verma is a medical graduate of the University of Toronto and was a Rhodes Scholar at Oxford University where he studied health service delivery in conflict zones. . He returned to Toronto in 2011 to pursue a residency in internal medicine. The patient registry project was initiated by Dr. Verma during his 4th year of residency when he collaborated with Dr. Fahad Razak to raise over $400,000.

He also developed a weekly podcast that summarized recent studies in internal medicine. The Rounds Table podcast has had tens of thousands of downloads in more than 50 countries.

This years recipients of the CMA have made a huge difference here and abroad.

A Calgary based engineer helped provide water and sanitation to millions of people in 68 countries; two Canadian military personnel served humanitarian and medical aid missions in Afghanistan,;a Grande Prairie, Alberta doctor demonstrated exemplary commitment towards raising public awareness of First Nations and Aboriginal issues; and a Toronto physician, who founded the physicians health program in 1995, has helped more than 8000 doctors with issues such as substance abuse and other personal health problems. Chris Simpson, CMA President praised the recipients as a group of dedicated people and noted their tireless work, commitment and passion.

The CMA will present the 2015 awards to their recipients during their 148th annual general meeting on Tuesday, August 25th at the Cunard Center in Halifax.Founded in 1867, The Canadian Medical Association (CMA) is the national voice of Canadian physicians. It represents more than 80,000 of Canada’s physicians and comprises 12 provincial and territorial medical associations and 60 national medical organizations.