TORONTO: Shaan Punjab Di walked away with the trophy and a cash prize of $2000 at the Chak de Bhangra 2015 competition held at Harbourfront Center in downtown Toronto.

The event, organized by Harbourfront Center and Sanskriti Arts at the Westjet stage, attracted large crowds and provided a haze of colours.   A host of Bhangra teams participated at the event hosted by Zee TVs Amitha Mundenchira and freelancer Waseem Shaikh who then introduced celebrity guests Jake Dheer and Gugni Gill. 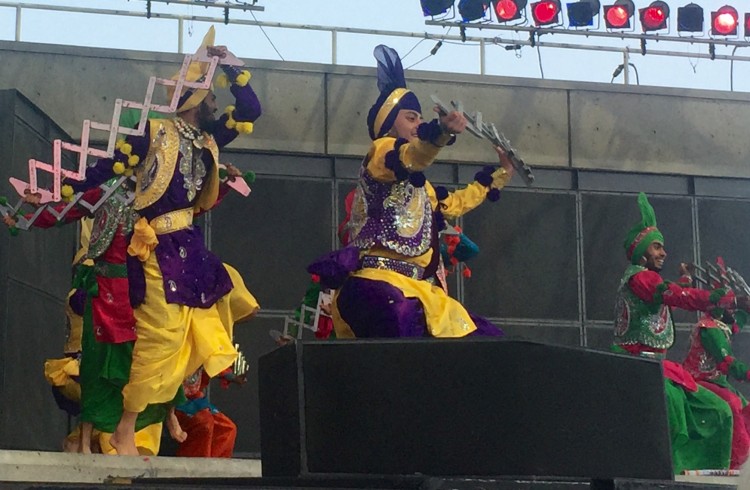 Dresses in yellows, reds, blues and greens, the Bhangra team colours provided a kaleidoscope of energy and enthusiasm for the cheering crowds! 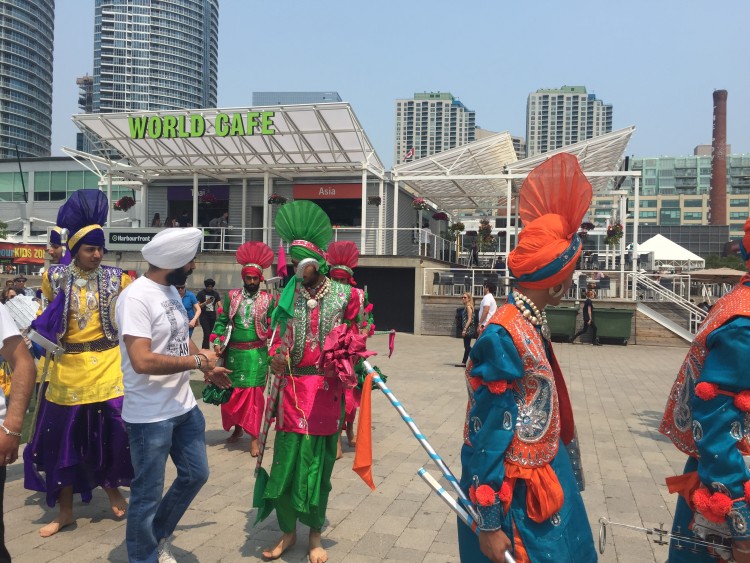 Besides Two Step Bhangra, there were three other teams who participated including Panj Pani, Sone Gabroo Punjab De and Shaan Punjab Di, each providing a unique fusion element.

“There will be a People’s Choice award that the public will choose,” announced Dheer that eventually was won by Two Step Bhangra.  Judges Tejveer Dugga, Gurpreet Nanua and Gugni Gill gave away the prizes for Best costume to Panj Pani and Jeevan received the individual Best Dancer award. 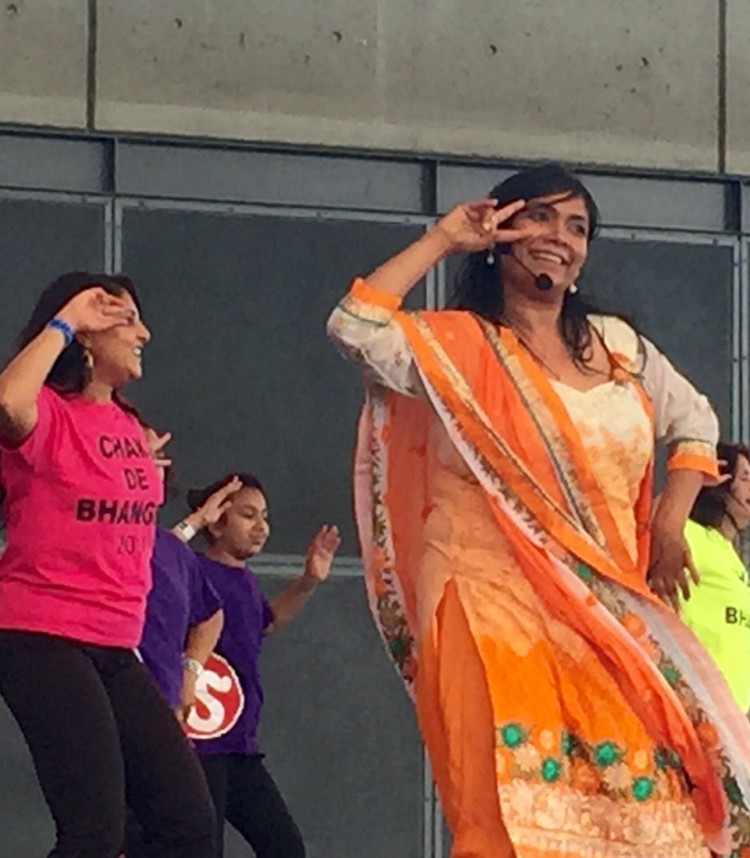 Amy Collins from Red Deer, Alberta, was visiting Torontoand watched the performance with her friends.

“I really enjoyed this.  It’s so well-choreographed and there is so much energy,” she said, participating in the dance movements taught by Sanskriti Arts while the judges were reaching their decision.

“It’s important to celebrate dance that in any form as it connects people of all communities,” said Amin who also organized Warraich Grill Naach Meri Jaan in April.

An intoxicating dance form, the Bhangra originated from Punjab to celebrate the harvest festival.