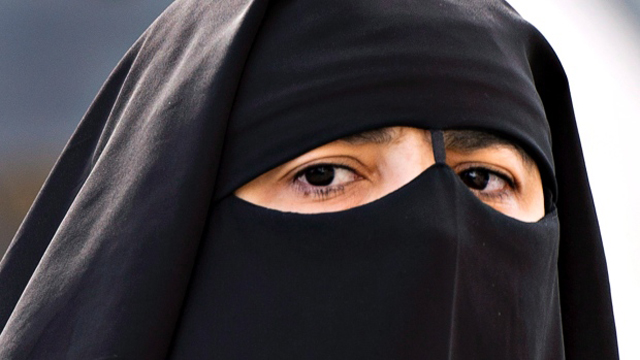 TORONTO: Under a new Bill introduced in Canada, immigrants who wear burqa or niqab won’t be able to take the oath of citizenship with their faces covered.

They will become Canadian citizens only if they are ready to be administered the oath of citizenship with their faces uncovered.

This new requirement becomes mandatory under a new Oath of Citizenship Act introduced on Friday – June 19.

A statement by Citizenship and Immigration Canada says the oath for citizenship is a public declaration that a person is committed to adopting and upholding Canadian values.

The new Act require that the oath be taken `publicly and openly,’ and `aloud and with face uncovered.’

According to Tim Uppal, minister of state for multiculturalism, “Canadians expect that new citizens should show their face when swearing or affirming the Oath in community with others, at the very moment they become part of the Canadian family. This means they are committing publicly to embracing Canada’s values and traditions, including the equality of men and women.’’

But when she came to know that she would have to remove her niqab, she postponed her oath-taking ceremony and challenged the order banning niqab.

After the federal court ruled in her favour, the Pakistani woman wrote an article titled `Why I intend to wear a niqab at my citizenship ceremony’ in the Toronto Star in which she said, “My desire to live on my own terms is also why I have chosen to challenge the government’s decision to deny me citizenship unless I take off my niqab at my oath ceremony. I have taken my niqab off for security and identity reasons in every case where that’s been required of me, such as when I have taken a driver’s license photo or gone through airport security. I will take my niqab off again before the oath ceremony without protest so I can be properly identified. I will not take my niqab off at that same ceremony for the sole reason that someone else doesn’t like it, even if that person happens to be Stephen Harper.”