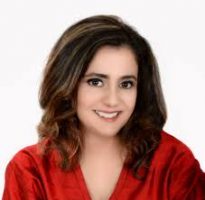 Peacock in the Snow, a book by Anubha Mehta, at the 2018 Toronto International Festival of Authors– Toronto Lit Up series (sponsored by the City of Toronto Arts Council), transcends the boundaries of time and country to give a fresh perspective on patriarchy, migration, and courage

In a sold out event, Peacock in the Snow was launched on September 28, 2018, at Ben McNally Books on Bay Street Toronto.

While Mehta’s debut novel was selected for sponsorship by Toronto Arts Council’s Toronto Lit Up, the Toronto International Festival of Authors also showcased and spotlighted Mehta in a ‘ Launch of Launches’ in a jam-packed event to a community of readers and patrons.

Peacock in the Snow is a story of shy and naïve Maya and how her perfect life with her new husband Veer is thrown into complete disarray when she accidentally stumbles on an ancient family secret. What begins as unwelcome behaviour by Veer’s family soon turns into something sinister. Trapped within the dark walls of her married mansion, the secret begins to haunt Maya and draws a wedge with Veer. To escape the malicious spirits lingering in the house, Maya and Veer migrate to a distant land and start rebuilding their life amongst adventure and hardship. Not knowing that the ghosts of their past have followed them, in a race against time, Maya is put to a final test. Armed with conviction and courage, she sets out to face the dark forces that await.

Will Maya ever be free of a dark past? Will she be able to survive so far away from home? Will her marriage stand the test of time, displacement, and hardship in a new country?

“Peacock in the Snow is a story of acceptance, vengeance, and forgiveness,” says Mehta. “It is a story of optimism rooted in the imperfections of life. Maya’s acceptance makes her resilient and her courage leads to her redemption. The only way to overcome past wrongs was to face them, to conquer our fears and confront our inner demons”

Described as a genre-bending thriller about the power of love, sacrifice and the tireless capacity of people to hope, strive and succeed despite challenging circumstances, the book has been published by Inanna Publications.

“This book talks about those sides of issues and isms that fall within the shadows and silences of the noise- those aspects that are not often talked about. In Patriarchy’s forceful dominance – sometimes women get indoctrinated as its gatekeepers and vulnerable men surrender their personal life, dreams or love in a show of allegiance to this system”, says Mehta.

Set in both East and West, Peacock in the snow is a journey across continents, cultures, and generations. It brings to life the possibilities of myth and magic that exist on the fringes of reality.

“Across the globe, these issues don’t change, nor are they contained within geographic boundaries. They mutate with different cultures, colours, shapes, and forms and manifest in diversity of context, circumstance, and behaviours according to the tolerance and norms of the place,” says Mehta.

“I am truly humbled by all the love and support that I’ve received. I hope I am able to hold everyone’s attention in the future too with my story-telling.”