Sanskriti Arts presented Dance Diaries 2018, a magical dance show with the legendary Pandit Birju Maharaj this week in Mississauga.   The Kathak icon, along with his foremost disciple Saswati Sen, presented a series of storytelling and expressions through the classical form of the centuries old dance mastered by the legend.   The mesmerizing show had audiences spellbound as they watched the sprightly 80-year old maestro on stage presenting his unique and legendary dance techniques that included an entire section on Abhinaya, meaning conveying stories through expression.

“We are blessed to have Pandit Birju Maharajji here in Toronto,” said Puja Amin on July 8, founder of Sanskriti Arts who has brought forth Dance Diaries for dance fans to learn the art of popular dance under the tutelage of India’s best choreographers’.  “He is now 80 years old and this is his last tour to North America.   And this is a once in a lifetime opportunity to perform with the legend himself on stage during the final showcase.”

The story of Ahilya and how she was turned into a rock and turned back into human form by Lord Rama was told through the dance and Natya Shastra of Sen. The Show also included performances from Sanskriti Arts students, solo performance by Puja Amin and dances by Pandit Birju Maharaj and his foremost disciple Saswati Sen.   The performances ended with a finale of jugalbandi between Pandit Birju Maharaj, internationally recognized as the greatest living exponent of North Indian classical dance ‘Kathak’, Sen and his accompanying artists on vocal, table and harmonium holding the audience spellbound.

Presented by Sanskriti Arts and HSBC Bank, the Grand performance took place at the Maja Prentice Theatre in Mississauga and presented dance enthusiasts with the one and only award winning icon of Kathak representative from India.   This will be followed by workshops with Pandit Birju Maharaj this week for beginners and advance students as well as a class of Abhinaya

“When you go to do darshan, it’s like they say bhagwan (God) chooses us.  Birju Maharaj ji is just like that,” said Amin.   “They chose us, we didn’t choose them.  The moment the opportunity came up, we said we cannot let this go.  We are honoured and blessed to host Maharajji on his last tour and have a Toronto show and workshop series as well as a Masterclass and an Abhinaya class which is his forte.”

When asked the secret to his health and success, the kathak legend said “From all the big artists, I got from them aashirwad (blessings), be it Bismillah Sahib (Khan), Amir Khan Sahib, Vilayat Sahib or Ravi Shankar.  More than money, I want aashirwad.”

This is the third year of Dance Diaries organized by Sanskriti Arts that began with Bollywood choreographer Saroj Khan who conducted workshops and a finale for students in the GTA in 2016.  The journey was taken forward in 2017 with Shampa Gopikrishna, the daughter of Pandit Gopikrishna and a popular established dancer and choreographer in her own right.

“Our future plans include taking our students for a two week journey to India by the end of this year to be tutored with the country’s best  choreographers’ and get a once in a lifetime opportunity to learn from the legends themselves,” said Amin. 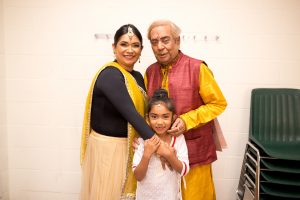 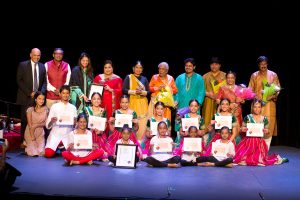 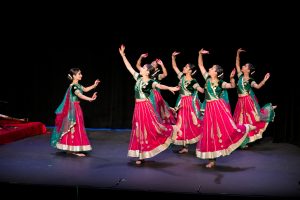 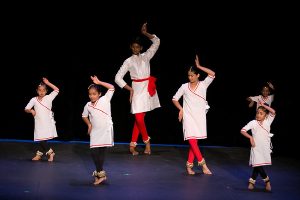 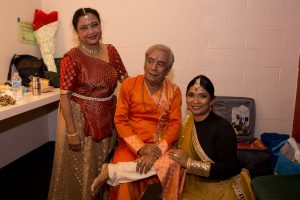