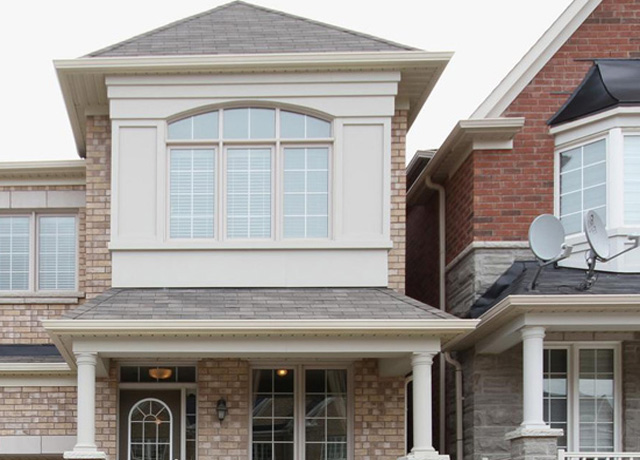 Using calculating tools readily available on several websites, we see that translates into a 6.1% per annum increase, which according to any textbook definition is not a frothy appreciation at all.

Let us now take a very probable scenario. A couple would have bought it with 5% down or $14,650 leaving $278,350 to be financed. The Canada Mortgage Housing Corporation for the mortgage default insurance was at that time 3.25% or $287,396 approximately to be financed (not using decimals here).

Let us use an average financing rate of 4% ( a relatively sound approximation)  for the mortgage in the last 10 years for an amortization period of 25 years(In 2003 the  maximum amortization period was 25 years).This leads to $98,850 being paid in interest . The calculation the average consumer is going to make is that the house cost $293,000 + $98,850 or $391,850 so far (the couple still has another 15 years to go to finish paying the home completely).

Taking into account inflation of 2% (even though for the average Joe and Jane it seems higher- we will use the rate the government uses) that means the house has only appreciated 1.1% in real terms!

If one is to factor in that in the last 10 years there is every likelihood that painting has been done, new appliances may have been bought, kitchen cabinets may have been replaced, windows may have been upgraded and a host of other things that one must have spent on beautifying the home, then the appreciation will go down further and perhaps even be non-existent.

No wonder Robert Shiller, one of the Nobel Prize winners in economics this year, thinks that one’s home is a terrible investment, at least here in North America.

Considering the above, and realizing that it is based only on one metric, there is no reason for a crash to come, nor should prices drop significantly.

Looking at it from intelligence quotient (IQ), a home is a terrible investment. However,  in terms emotional quotient (EQ), it is a wise investment for many people as it leads to peace of mind, security and the dream of owning a home!