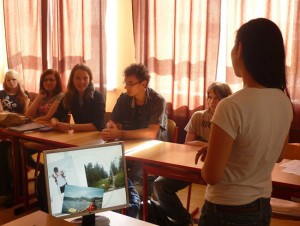 VANCOUVER: New to Canada? Remember the old saying: While in Rome, do as the Romans do.

So Rule No 1 before you start work here is: While in Canada, do as the Canadians do.

In fact, there are a few rules that one should keep in mind before deciding to work in Canada. These rules may at first appear elementary class` basic etiquettes lessons. From personal experience, I warn you that if we ignore these rules, you are sure to meet a disaster in our jobs in Canada.

I came to Canada last year. Having worked for several years in the media industry in India, I thought it would be easier for me to crack a job here. I was also confident of my ability to maintain good rapport with my colleagues.

After three months I did get a job in my field. But I was not prepared for what I discovered gradually. Every day when I went to the office, I found it difficult to sustain my job despite having the right professional skills. The reason: I was lacking in skills to deal with people there.

I work in a newspaper office. It has people hailing from different cultures, countries and religions. There is an editor, a designer, professionals who work in the marketing department, a receptionist, and those who maintain cleanliness.

India is a very class-conscious society. Clear division of labour and a sense of ranking entered into India’s texture centuries ago. Someone who is doing a manual job is placed at the lowest strata of the society and someone with mental abilities is placed at the top and there is a mutual understanding amongst all professionals as to how they will be treated. And I went to my office in Canada with the similar perceptions.

That was my biggest mistake. In Canada, there is nothing called class or ranking. A person cleaning the toilets seeks as much respect as your boss. The lesson in equality was learnt when one day a member of Parliament came to our office. In India politicians have an aura. They are surrounded by security guards. When they come people stand and greet them. There are several people lined to serve them food and drink. But in Canada a politician is just another employee of the people. When the Canadian MP stepped into the office, he was alone. He did not drive any fancy car. There was no security guard. And in fact like other persons he waited in the reception area for the editor to arrive. I was shocked. Most importantly, when he felt the urge to have coffee, he went to the kitchen and prepared his own coffee, washed his own cup and came back.

Here the term boss is very different from what we understand in India. Your boss is just another colleague. He only has the authority to assign you work and supervise your work. Apart from that his is not the final word.

He has to use a softer tone if he is not happy with your work. Unlike in India, where we often express ourselves harshly when we are not happy with the other’s work, Canadian work culture is different.

Your boss has no right to shout at you and even if he criticises you it has to be a constructive criticism. In case you feel uncomfortable at any point of time and feel someone is making personal attacks on you on the basis of your colour, religion, ethnicity, sex or race, you can complaint to the HR or to your boss.

I also attended one such soft-skills training programme, which I had initially refused to do. But after finding it difficult to work in Canadian work culture, I realised how important it was to take a soft skill course. I opted for a soft skills course offered by the  Immigrant Services Society of BC (ISSofBC).

The course is 24 hours (covered in six or eight classes) and offered on weeknights or Saturdays. I was very satisfied with it.

Our first lesson was about Canadian culture. We were told how to strike up a conversation with strangers. In Canada it is always safe to talk about the weather or ice-hockey in a first conversation, which is generally referred to as “small talk”. Unlike in many Asian countries, where discussing politics with strangers is not unusual, in Canada politics is a personal affair. People generally do not appreciate it if you discuss politics in your first conversation.

The grill started in the next few lessons. There I learnt about rules and regulations. In fact, here sexual harassment laws are very strict. The law book says that if a person is feeling sexually harassed he/ she can write down the date and the incident and that will be considered as one of the ground to charge another person. They taught us to be aware about verbal, non-verbal sexual harassment and how to be aware of it.

The next lesson came as a bigger surprise. We were told that in Canadian work culture no one accepts a putdown, meaning someone making fun of you. We were informed about various levels of put-downs. For example, if someone asks you twice “Are you sure you can handle it all by yourself”, it’s a put-down. It means the other person doubts your abilities and in case you feel the same way, you can complain.

Everyone gets angry in the office but how you deal with the anger is the biggest challenge. Unlike in India, where you can express your anger and argue with the colleague, it is different in Canada. A person may respond in four different ways when he or she is angry – passive, aggressive, manipulative and assertive.

The most important lesson that I have learnt in the Canadian work culture is that of equality. I cannot be successful in Canada if I am brilliant in my field but lack the very basis of humanity – that is respect for each individual.

(This article first appeared in www.newseastwest.com)