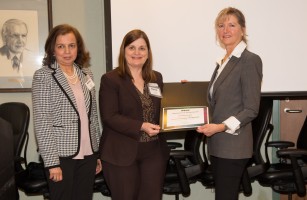 BY RENU MEHTA
MARKHAM: Markham Arts Council (MAC) held the first Volunteer Appreciation Event where all those who came forward to provide their valuable time in supporting the Council’s activities in the past year were honoured. The Event was held at the Canada Room of the Markham Civic Center.

“April is celebrated as Volunteer Month in Canada and we are here to recognize our volunteers,” said Jane Milrose, Chair of MAC, on April 27. 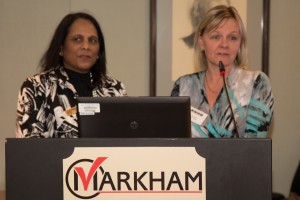 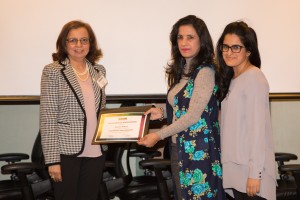 The event began with the youngest volunteer 9-year old Rachel Remisiar, trained in western vocal and classical music, singing a Katy Perry song. A number of volunteers were then called by Jane Milrose, Chair and Deepti Aurora, Vice Chair MAC, who handed over certificates and gifts.

“Each one of you makes a difference,” said Aurora. “Volunteers plant the seeds and are the roots of strong communities. They are the front line of any community. We have gathered here today to promote, encourage and show appreciation.”

Several volunteers were honoured including those who provided support from the Markham Teen Arts Council (MTAC), An Affair with the Arts Gala, International Festival of Authors, Markham at the Movies, Creative Photographers Markham and others. The event was well attended including Regional Councillor Nirmala Armstrong, Councillor Karen Rea as well as other Board Members.