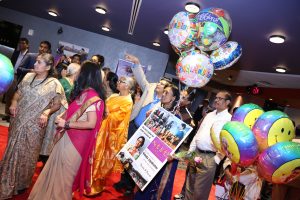 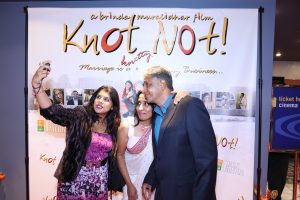 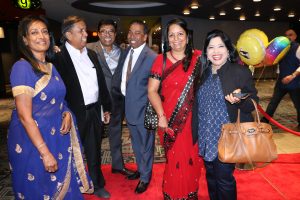 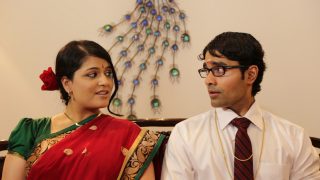 TORONTO: Knot Not!, directed by Brinda Muralidhar tells the story of an average orthodox South Indian family. The film is aptly named Knot Not! that leaves you with a knot in your heart.

It is a wedding anniversary. But the scene is a far cry from a party. The husband grudgingly wishes his wife and then tacitly informs her to not complain that he forgot. We are introduced to Padma Srinivas (Brinda Muralidhar) and Srinivas Iyer (Bala Ramanathan). Both are in Canada, visiting their son. They are excited, not because it’s their special day, but because their son is getting engaged – to the girl Srinivas has selected for her – Lakshmi (Suniti Santosh).

On the face of it, Padma and Srinivas are like any other couple, married for 28 years.  But not really!  There is a perpetual sadness in Padma’s eyes, a feeling of loneliness, bereft that goes unheeded for the most part of the film.

Her husband Srinivas is a bully who blames Padma for everything that goes wrong.  He even blames her for other people who invite them for lunch, and don’t serve food on time or don’t serve the food he likes to eat.

Mohan (Dilip Krishnamurthy) is their only son, tired of his father’s dictatorial behaviour.   However, his conditioning and upbringing, however, have left him immune to bullying and he strongly believes that bullies are best ignored.   He doesn’t even find it offensive when his classmates inadvertently make fun of him. 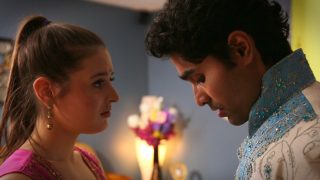 The orthodox father is looking for a South Indian girl to marry Mohan to. The mother wants to know what Mohan has in mind. Mohan is secretly in love with Patricia (Jessica Siegner) and knows his father won’t accept it.    The person who can help him is his mother. But what can a woman, who hasn’t been able to help herself for the last 28 years, do for her son?

Filled with poignant yet funny moments – Knot Not! holds a mirror to society. The storyline is a familiar one, one that is often brushed under the carpet.  The traditional answer, “that is how it is”, says it all.  And yet the question is, should one settle for the answer?

Mohan agrees to marry Lakshmi, his father’s selection for a bride, because of what he fears his father will do to his mother. Emotionally. There is no physical abuse. And yet, is that something you should be thankful for? Don’t emotions matter? Isn’t emotional abuse tangible?

The film is full of characters you can identify with believable the settings.   And the story leaves you with a knot in your heart. You hope Padma finds her voice, if not for herself, for the sake of her son.

Filled with twists and turns, the film has some funny, some emotional, ironical and sad moments!  But one wonders why Padma does not stand up for herself.

In her first feature, Muralidhar has brought out the creative talents of many of the first time actors, most of them from the Greater Toronto area (GTA).    The film which has been shot on locales in and around the GTA, has created the first of many platforms to showcase local talent and contribute to the evolving film industry.   Certainly a film maker to watch out for in the future! 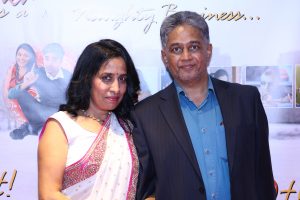 Knot Not! written, directed and edited by Brinda Muralidhar with cinematography by Gunny Muralidhar and original music composed by Vinayak Hegde and Deepak Sant premiered at Cineplex Orion Gate cinemas on October 13, 2016 in Brampton followed by two shows at Albion Cinemas.  More shows will be screened and announced soon.  For more details, visit www.knotnotmovie.com.