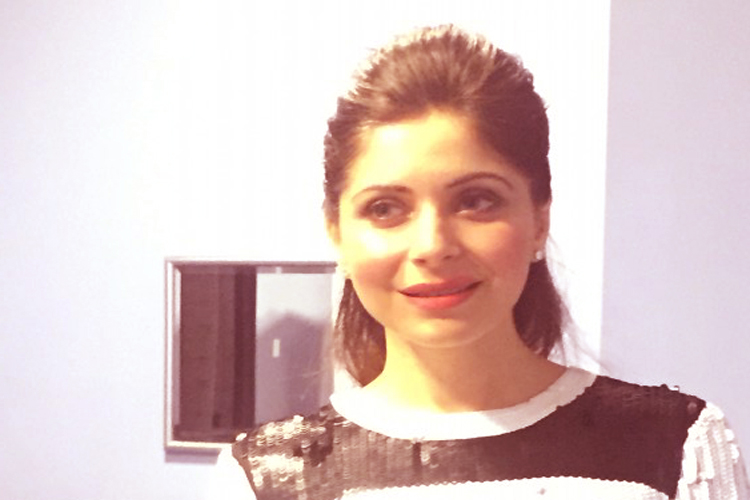 TORONTO: Born and raised in Lucknow, Kanika Kapoor became popular when her music video Jugni Ji became one of the biggest singles of 2012.

In 2014, her song Baby Doll for the film Ragini MMS2 broke all records and went on to win several awards including the Number One Song of the year award with Mirchi Music, Stardust Awards for Best female singer and the IIFA award for Best Performance Singer.

The singer was married at the young age of 18, and she has three children.

After her marriage broke up, she began to pursue her passion for singing.  The singer now has several songs to her credit including Kamlee (Happy New Year), Chhil Gaye Naina (NH10) and Lovely (Happy New Year).  She recently performed for the first time in Toronto at the International Centre at the South Asian Summerfest 2015 where hundreds of South Asians came out to hear her perform.

In an exclusive interview with Renu Mehta, Kanika speaks about achieving her dream, what makes her happy and what she’s coming up with next.

How do you feel now that your song Baby Doll has achieved so much success?

I have achieved my dream.   My dream is to make people happy, to sing, to do what I love doing the most and I’m very blessed that I have a career that makes me happy and makes others happy around me.

There are quite a few new singers coming up on the Bollywood stage.  How do you differentiate yourself from other well known singers.

I’m trying to be as different as I can.  I’ve had quite a few songs after Baby Doll and I’m trying my best really.  I’m doing what I do best and I leave it to God.

Where are you based now?

My family lives in London so I shuttle between London and Mumbai where my work is.

What other songs are you working on?

There’s a lot of new work coming out and I’m hoping really that everyone will love that also.  A lot of new work is coming up.  Lots of songs starting next week.  All is well is one song.  Nacha Faratte Maar ke with Sonakshi Sinha, then we have Love Letter, and much much more.