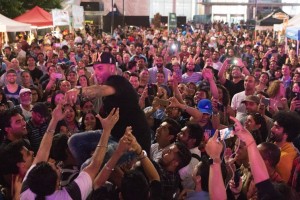 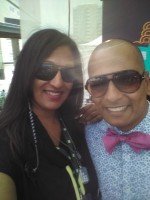 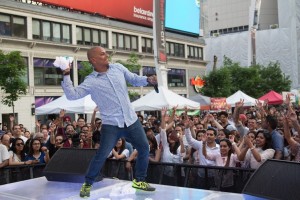 Yonge-Dundas Square, Toronto: desiFEST, North America’s leading outdoor South Asian music concert, that began its journey ten years ago, was back at Yonge-Dundas Square with a vengeance, this time with an innovative set of emerging and established music artists.  Attracting big name acts, desiFEST presented a host of performers from local, regional, national and international platforms to thousands of people who gathered to participate at the event, tapping their feet to the diverse music and dancing to the varied rhythms.

Presented by returning sponsor TD and hosted by founder Sathish Bala (also known as SatsB), this year’s desiFEST, the premier platform within the South Asian music scene, launched a mass of artists and featured artists like Delhi 2 Dublin, En Karma, H-Dhami, Mohua Parial and Sirens of Shanti amongst a host of other sounds on May 28 from 10 AM to 10 PM.

The reverberations of music embraced a multitude of sounds ranging from Hindi to Punjabi, Tamil to English amongst others, captivating the more than 40,000 desi urban music lovers spellbound to the diverse tones of the South Asian music scene.

“This journey to create a music platform that helps break down barriers and stereotypes within our community, open doors, connect people, encourage creativity and passion and most of all, ensure that we as South Asians enable our kids to live their passion, regardless of what it is, has become my life’s purpose,” said desiFEST founder – Sathish Bala.

Visitors were also treated to the taste of South Asian cuisine at the outdoor food market, shopping among local artisans in the marketplace, the Kids Zone and lots of giveaways throughout the day. In partnership with sponsor Harley Davidson, organizers also gave away a 2016 Street 500 valued at $7,999 to one lucky desiFEST fan!

This year, desiFEST also hosted three unique events to showcase the growing talent in the South Asian community. These included an all-female lineup called She Rocks featuring Jasmine Sandlas who performed for the first time in Toronto on May 25.   The songwriter, singer and performer who has been featured on the MTV Coke Studio and Spoken Word platforms, entertained the Toronto audience with her special brand of Bollywood and Punjabi music.

“We wanted to create a platform that celebrates and spotlights the growing community of female artists within our community. The inaugural lineup spotlights five individuals breaking down stereotypes, changing perceptions and inspiring a new generation of female artists” said Bala on May 25.

On May 26, it was Bollywood Bonanza, First Open Mic Night with DJs A-Slam and DJ SatsB, with all proceeds going to the Canadian Cancer Society. The next day, desiFEST hosted a distinguished panel of industry experts at the George Vari Engineering and Computing Centre in Toronto with a discussion of all aspects of the South Asian music industry in North America.   Several elements of South Asian music were debated and discussed and several panelists concluded with a wish and vision for South Asian Grammys and a South Asian Music Hall of Fame in the future.

“It is important for us to continue evolving the original concept of desiFEST.  Ten years ago, when there was a need to find and showcase desi urban artists.   Today there is an equally important need to help in nurturing, educating and building bridges for our community. That is a future I look forward to with desiFEST,” says Bala. 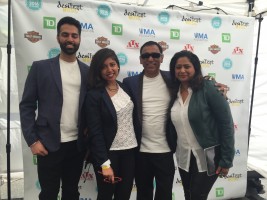 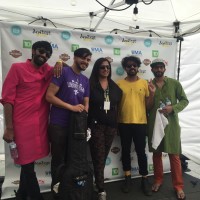 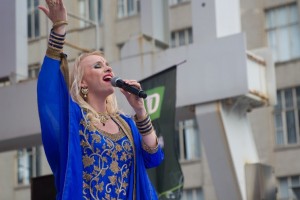 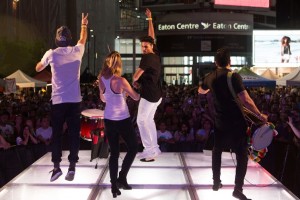 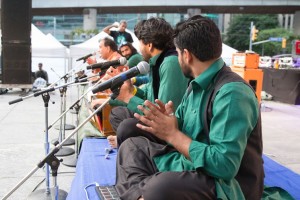