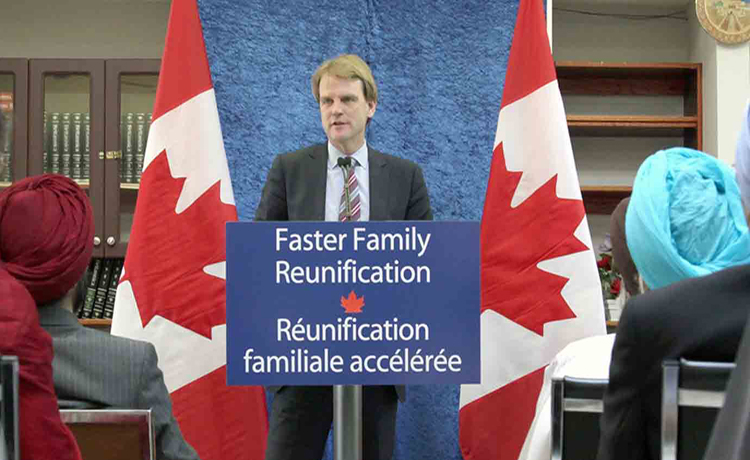 TORONTO: Canada has issued over 50,000 visas since 2011 for parents and grandparents to come and stay with their families in this country.

Called Parent and Grandparent Super Visas, these multi-entry visas allow parents and grandparents to live with their families in Canada for up to two years at a time.

Citizenship and Immigration Minister Chris Alexander called the 50,000-mark “a milestone” while speaking at the Surrey-Delta Indo Canadian Seniors Centre in Surrey in British Columbia.

Canadian authorities say they issue about1,200 Super Visas each month, with nationals of India, China, the Philippines and Pakistan using this facility more than others.