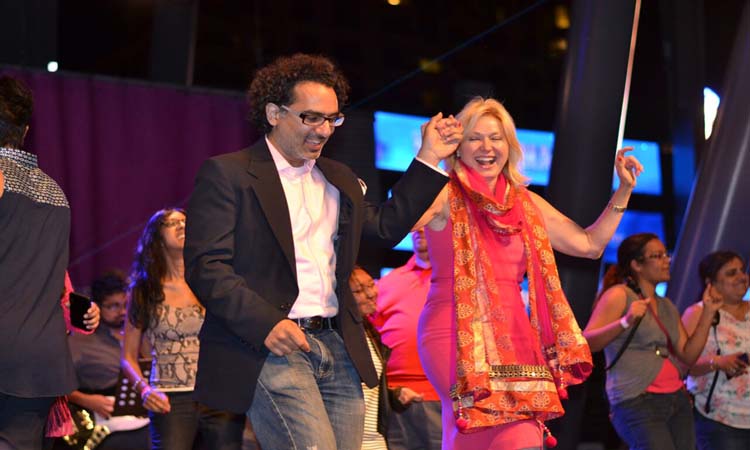 MISSISSAUGA:  The annual Bollywood Monster Mashup in Mississauaga is a shining example of how Canadian immigrants have enriched this country with their culture and traditions.

Mississauga, which is the sixth largest city in Canada and neighbours Toronto, is home to the second biggest concentration of Indians in this country. The brainchild of famous Indo-Canadian composer Vikas Kohli, the festival reflects the multicultural character of the city by serving Bollywood music and dance in fusion with various genres from around the world.

The highlight of the festival were Indo-Canadian singer Jonita Gandhi, who has worked with AR Rahman and Shreya Goshal and sung the title song of Chennai Express, and Indian-British singer Ash King who is known for hit Bollywood songs such as Te Amo, Aunty Ji, I Love You and Meherbaan. Crowds at the fully packed Mississauga Celebration Square went berserk with joy as the two singers belted out their hit numbers. 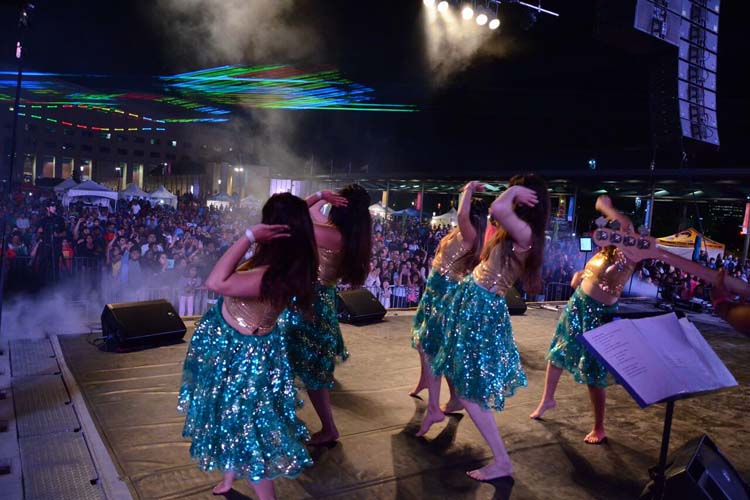 Bollywood dance and lasers at Bollywood Monster Mashup in Mississauga

“It’s an absolutely fantastic turnout…We do not have official estimates yet. However, we have heard people saying that we might have beaten (the record of ) Canada Day celebrations at the Celebration Square which gets approximately 100,000 people,’’ said executive director Vikas Kohli.

Mississauga mayor Bonnie Crombie was on hand to soak in the Bollywood spirit. Shaking a leg to the song Balam Pitchkari from the film Yeh Jawaani Hai Deewani, she had the crowds in splits. For the first time, the festival included lasers which lit up the venue, with beautiful laser logos creating patterns on the walls of the City hall.

True to its mash-up character, the biggest Bollywood festival in Canada is not just about Bollywood films and music. It includes yoga, dance classes, and tastiest delicacies. Reminding visitors of Dilli Haat, its Bollywood Monster Marketplace offers a unique shopping experience for visitors. In fact, the festival has been created with the fusion of Bollywood and other genres to reflect the multicultural character of Mississauga city where immigrant people from over a hundred countries have settled. 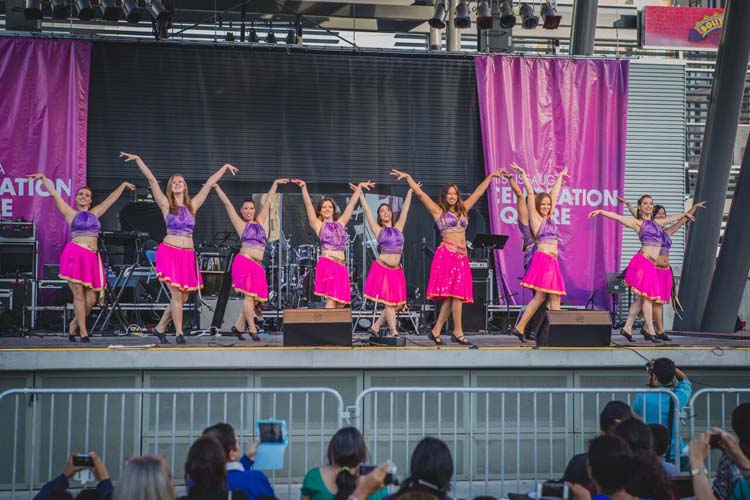 Kohli summed it up, saying, “Everything about this Bollywood festival is a fusion act – cultural fusion, genre fusion…orchestra, laser show… hug acts on state. Actually, we are throwing a huge party (for people of all cultures in the city). “Five years ago, Mississauga city asked me to fill the gap because we didn’t a have a high-quality festival. Immediately, Bollywood Monster Mashup was a hit because Bollywood is so popular everywhere. In just five years, we have become the largest south Asian film festival in Canada. We get our locals artistes to mingle with international artistes. In fact, many artistes come for their premiere Canadian performances here.’’