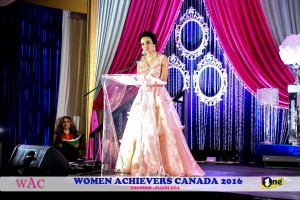 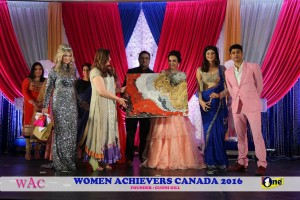 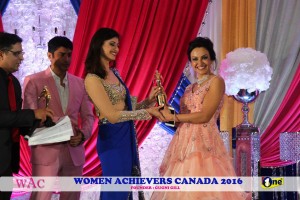 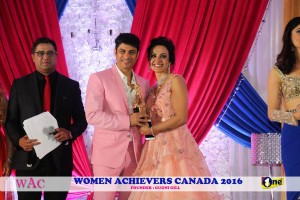 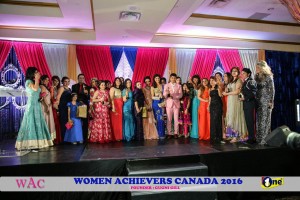 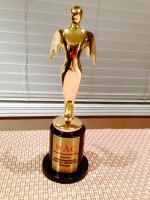 It was an evening of women empowerment, felicitation and awards with an exclusive gathering in Toronto.    The event, organized by Women Achievers Canada (WAC), presented awards to around 30 women in several categories including Media, Entrepreneur, Healthcare, Sports, Politics and Entertainment in April.

“This is what motivates me when we create events like this,” said Gugni Gill, organizer of the WAC awards, a platform for women empowerment and achievement at Woodbine Banquet and Convention Center on April 9.  ‘It’s creating events like this and sharing the stage to celebrate the achievements of so many wonderful women who are achievers in diverse fields. Be it sports, health or entertainment media or other.”

The women achievers also did a Mother Daughter Walk on Stage after which there was a Q&A round in which there were a series of questions focused on inspiration, success, entrepreneurship, business, healthcare and profession.  Besides trophies, the winners and runners up were provided with a designer scarf by Flare and an exclusively fashioned bracelet by Minaaz. 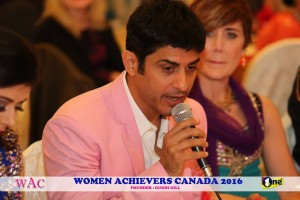 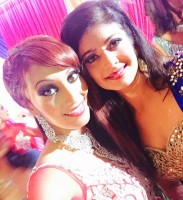 Bollywood stars Pooja Batra and Vikas Bhalla were the chief guests along with several dignitaries who graced the glittering evening.  The evening also had a lineup of entertainment including an array of dance presentations from Sanskriti Arts who performed in front of an audience of around 500 people.

The 30 finalists were selected out of over 150 people who were nominated for the awards.

The shortlisted contestants also attended a grooming session at a spa and danced to a pre-launch party on April 8 at the trendy Atmosfera Lounge in Mississauga. 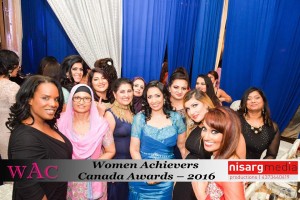 Gill, who was raised in Africa, moved to India for her undergrad degree from University of Delhi followed by a diploma course in Computer Science from the Polytechnic College for Women in Chandigarh, before immigrating to Canada.

The actor, achiever and activist also ran for elections in Brampton-West riding in Ontario and had a historical voters’ turn out.    A strong activist for women’s issues in the South Asian Community, Gill has also been selected as the North American Brand Ambassador for Imran Khan Cancer Foundation. Recently, she has been honored with the prestigious Mrs. India United Nations (Delegate) and Mrs. United Nations International (1st Runner Up 2012/2013) awards. She was a jury member of PIFF Canada 2013 and has recently been nominated as a Canadian Ambassador for ROKO Cancer Foundation.

According to Gill, the   WAC platform will help women achieve glory in whatever kind of business they are in and the whole community prospers when a woman succeeds.

“These events build bridges with the community. It is high time that we show off their success stories and make them shine.  When one woman succeeds, the whole family prospers and that effect ripples down to the whole community,” says Gill.