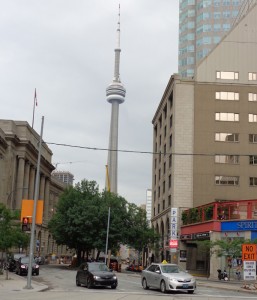 TORONTO: Here are 10 reasons why you should immigrate to Canada:

1: Racism: Canadians are open and tolerant people. Though subtle racism exists in this country, by and large you don’t feel it in your daily life.

2: Free primary and secondary education and subsidized post-secondary education. Higher education ranks among the very best in the world. But mind you, unless you are a permanent resident or citizen of Canada, you pay three times more fee in colleges and universities. And the bitter truth is that there are not many jobs for new graduates and post-graduates.

3: Free health care, though it leaves a lot to be desired. It is not absolutely free and not many things are covered under it. Wait times can get very very long.

4: Canada has often been rated as one of the best country to live in. Canadian cities such as Vancouver and Toronto also rank among the best to live in.

5: Good for raising children as both federal and provincial governments give monthly child care benefits. But we have seen many immigrant families exploiting it by having many children so that they live off child welfare.

7: Social welfare for those who are unable to support themselves or unable to find employment.

8: Unemployment benefits for six months to the tune of 60 percent of the last wage drawn in case you are laid off from a job where you worked at least for sixth months.

9: Canada is blessed with the largest reservoirs of human resources such as fresh water.

10: Canada’s proximity allows you visa-free access to the US.